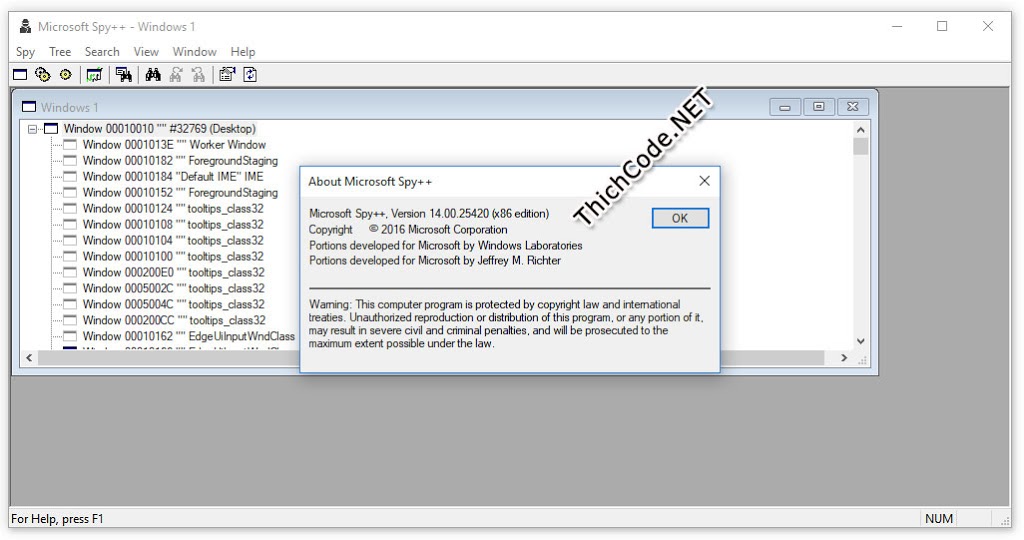 Spy++ lets you perform the following tasks:
Spy++ has a toolbar and hyperlinks to help you work faster. It also provides a Refresh command to update the active view, a Window Finder Tool to make spying easier, and a Font dialog box to customize view windows. Additionally, Spy++ lets you save and restore user preferences.
In various Spy++ windows, you can right-click to display a shortcut menu of frequently used commands. Which commands are displayed depends on where the pointer is. For example, if you right-click an entry in the Window view and the selected window is visible, then clicking Highlight on the shortcut menu causes the border of the selected window to flash so that it can be located more easily.

Learning tutorial : https://msdn.microsoft.com/en-us/library/dd460760.aspx
If you not installed Visual Studio, you can download only Spy++ here.

This website template is commercial software based on Simple Responsive Template.

All images are taken from www.pixabay.com. Although those are free images (as claimed by Pixabay.com), they have their respective authors. DO NOT claim they are yours, replace them with your own!